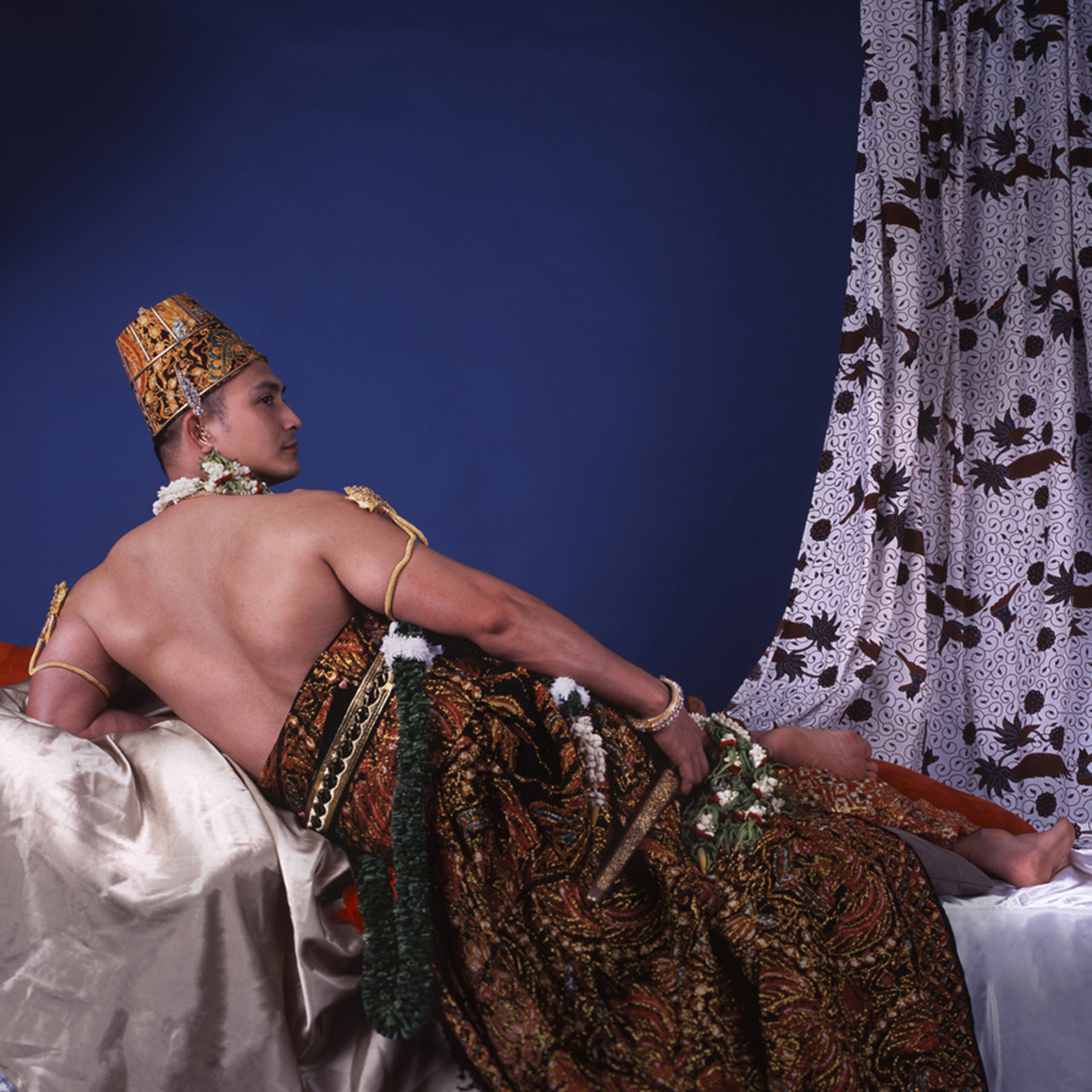 In Indonesia, faith is socially mandatory: atheism remains taboo and religion is inextricably linked with identity. The Jakarta-born, Sydney-based photographer Adri Valery Wens explores his personal negotiation of these social dynamics through striking self-portraits. Growing up with a Catholic father and an Islamic mother, the 41-year-old recalls a childhood brimming with spiritual tensions as he attended Catholic school in the mornings and studied the Quran in the afternoons. It was after high school, while Wens was working as a model and actor in Jakarta, when he first encountered digital media. Stirred by a realization of the creative possibilities he could achieve, Wens enrolled at Sydney’s College of Fine Arts, University of New South Wales, to study photo media in 2008.

With religious doctrines enforced at home in Jakarta, Wens felt sexually constrained as a youth. Only after relocating to Australia did he begin an uninhibited examination of his sexuality and religious experience. In an early self-portrait series from 2009, the artist, seated and wearing traditional Islamic prayer attire, stares blankly at the camera. Neatly placed next to him is a pair of bright pink high heels. The postures vary in each of the five images and different parts of his body are concealed either with his taqiyah or his hands as if to suggest that his identity has never been fully revealed.

Recently, Wens’s photographs draw on traditional Indonesian epics. Hanoman on Fatmawati (2014) portrays the artist standing on a rooftop ledge as if he is about to leap. Here he wears an elaborately decorated monkey-mask that costumes him as Hanoman, the flying monkey-God and hero of the seminal Indian epic Ramayana. Though the story was originally based on Hindu mythology, Ramayana performances have evolved to incorporate Islamic teachings after they were brought to Indonesia in the 8th century through trade with Arab merchants. By re-performing the hero in an urban setting atop of one of Jakarta’s busiest streets—Jalan Fatmawati—Wens presents Hanoman as a contemporary hero. The image, like all of Wens’s work, encapsulates the artist’s quest for a more cohesive identity and his cry for greater religious tolerance between communities.