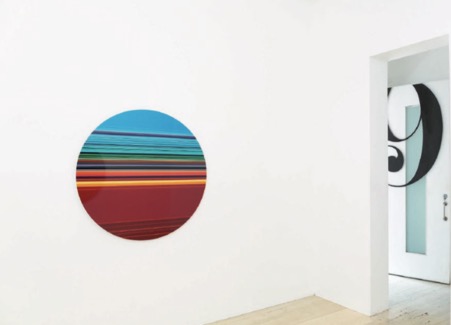 Since it opened its doors in October 2006 Sydney’s Gallery 9 has focused primarily on exhibiting artists who had not previously been represented. “This contrasts the practice of most commercial galleries at that time which was to represent established artists only,” comments director Allan Cooley. “As a consequence, we have introduced a number of exciting artists who were not previously known to curators, collectors and critics.” Ten years later, the gallery has a strong reputation for nurturing a diverse range of practitioners. Among the standout artists presented by the gallery in 2016 were Belem Lett, Ed Bats, Louise Tuckwell, Andrzej Zielinski. “In addition, Gallery 9 continues to maintain and develop close relationships with a variety of emerging and mid career artists from Australia and New Zealand.”

Sophie Gannon Gallery of Richmond, Melbourne officially opened on 24 October 2006. Director Sophie Gannon observes that in the past ten years “The art world has expanded, and contracted at the same time,” and that in the digital age “collectors and commercial galleries don’t need to be in the same city, like in the past. Images are emailed across the country and around the world in a minute… there is more knowledge, more information but also a larger audience if you know how to reach it.” Though the gallerist emphasises the move from print to digital, she says that “the essence of what a good commercial gallery does is still the same: represent, exhibit, promote, find curatorial opportunities and sell work by our artists.” Sophie Gannon Gallery represents a diverse range of artists including Emily Ferretti, Sara Smuts-Kennedy and John Nicholson. This year, it kicks off with an exhibition of works by Judith Wright in March and a contemporary design show in April.

Given he is now firmly cemented in Sydney’s contemporary art scene, one is surprised to learn that Dominik Mersch began his career as an engineer and eventually went on to complete a PhD in medical devices specialising in artificial hip joints. The gallerist arrived in Sydney from Germany in 2006 for a change of scene and turned his sharp research skills to the local art market. He opened up his eponymous gallery several months later in January 2007 in Danks Street, Waterloo with the concept of presenting 50 per cent Australian artists and 50 per cent international artists. In 2008 he began an annual residency show, as well as an annual DMG Sydney College of the Arts award. He doubled the space in his Danks Street gallery in 2008, only to move to an even bigger space in 2013. With his focus on bringing international artists Sydney-side and presenting Australian artists abroad, Mersch has coordinated a Berlin-based gallery swap and regularly attends international fairs. Recent standout exhibitions include Dani Marti’s Fool Paradise, Nike Savvas’ 17 Seconds and Janet Laurence’s Naturestruck.