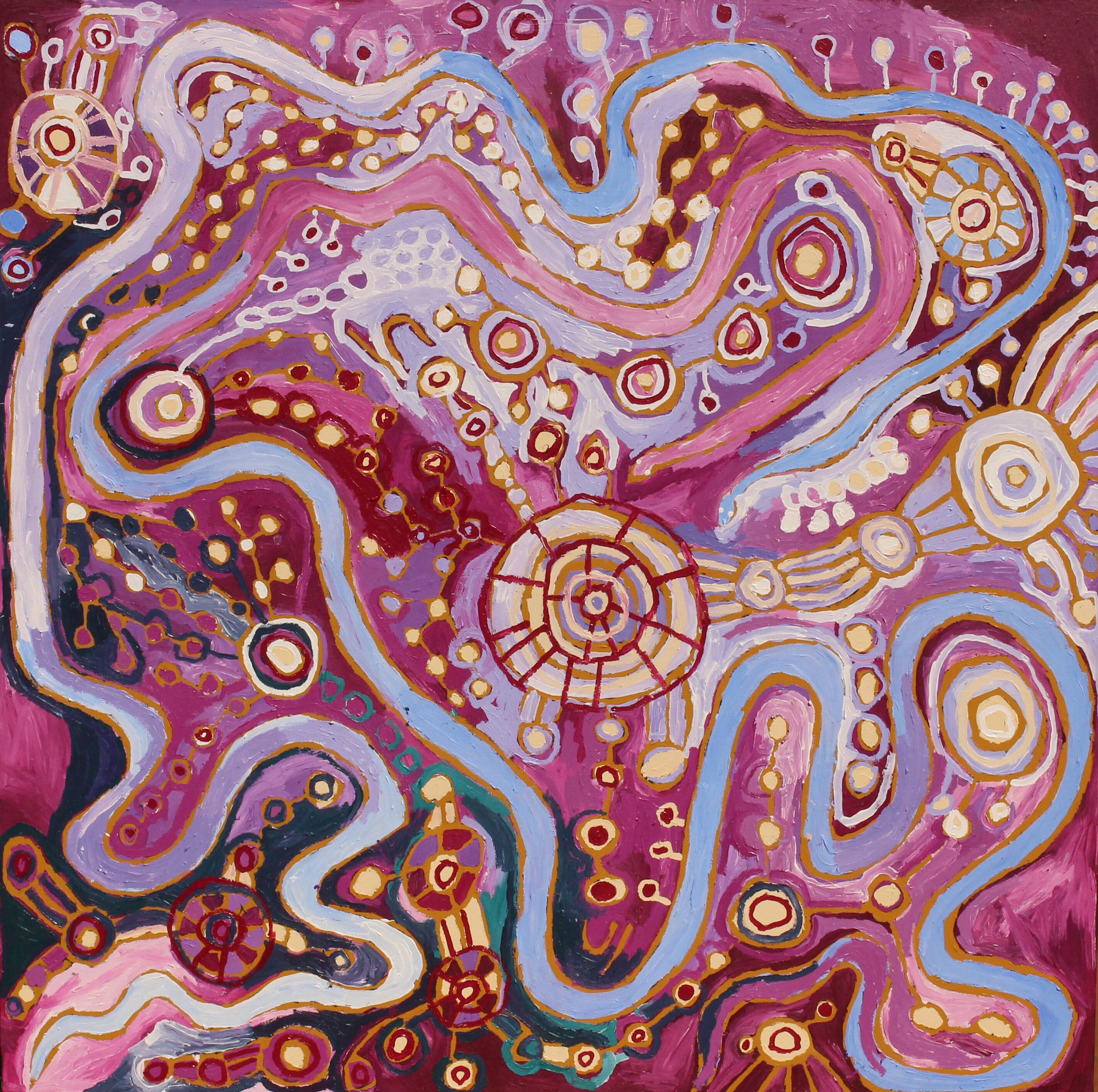 In 2018, 29,000 visitors spent a total of $21 million on art – the highest short-term concentration of art sales in Australia annually. It’s no wonder then, it draws the best and brightest galleries from across the country and abroad. This year, 93 galleries bring the work of more than 450 artists from at least 34 different countries to the brick-and-concrete interiors of Carriageworks for four days. In this context each gallery is not judged by the convenience of its location, its polished concrete floors or by its waterfront views. According to New Zealand’s PAULNACHE director Matt Nache, “In the arena of the art fair, a gallery is solely judged by the calibre of its artist representation and its professional conduct.”

This year, the Gisborne-based gallery travels from across the Tasman to exhibit Oliver King’s refreshingly droll and autobiographical multimedia photographic works. With narrative titles such as I look at myself in the mirror everyday, sometimes for hours from his Manbag series, King’s images navigate masculinity and privilege in current political climes. The titles are musings on the everyday, which “allow for a slippage between the subject of the language and the visual.” His Manbag series reproduces images of designer bags purchased as gifts by his father while abroad. The images consider male vanity in its disparity with ‘masculinity’, its inheritance, repellence and ubiquity. PAULNACHE’s dedicated booth to King, a recent MFA graduate, is exemplary of how the fair allows galleries such as his “to develop its reputation far beyond its regional reach, which in turn grows the international profile of the gallery’s artists… showcasing practitioners from the edge and repositioning them at the centre.”

In a regional tug-of-war for the attention of collectors, the smaller but equally potent SPRING1883 fair staged concurrently in Melbourne hasn’t stopped Victorian galleries from making moves on the east coast. Tolarno Galleries, Melbourne, will present a spellbinding photographic series by Amos Gebhardt entitled Night Horse, capturing the enigmatic and extraordinarily intimate courtship between thoroughbred horses. Another must-see presentation is that of Edwina Corlette Gallery.The gallery will put forward a group show including Clara Adolphs’ nostalgic oil paintings, as part of a group presentation. With the broad strokes of a palette knife, Adolphs references vintage photographs and personal histories to create memories anew, the kind that are both familiar and strange to us all.

Fair Director Barry Keldoulis is particularly excited about the presentations coming from even further afield. The flock of international galleries descending on Sydney Contemporary adds the nation’s international collecting habits. “Interestingly, Australians are less parochial in their buying patterns than many international collecting communities,” Keldoulis quips, “perhaps because we are great travelers, or more curious, or maybe because our nightly news is full of what’s going on over there!”

Keldoulis notes, “The representation of art from the African continent is particularly strong this year; Cape Town galleries Salon 91 and WORLART are exhibiting South African work, and there will also be work by artists from Ghana, Mozambique, Swaziland, Morocco, and the Democratic Republic of the Congo.” Among them is Mozambique artist Gonçalo Mabunda and Ghanaian artist Prince Gyasi, whose work will feature at the booth of NIL gallery, Paris. At age 23, Gyasi creates striking iPhone shots of marginalised members of his hometown community in Accra. Putting black skin at the front and centre of all of his images, the artist silhouettes his figures against brightly altered landscapes and vivid backgrounds.

A child of the 1977 civil war, Mabunda yokes tradition and tragedy by reworking deactivated weapons such as AK47s, rockets, land mines and shell casings into anthropomorphic Mozambican wood carvings and masks. The pairing of the young Gyasi and renowned Mabunda is part of the fair’s new initiative NEXT, which keeps younger, emerging artists in the mix and collectors on their toes. “We have asked participating galleries to submit work by a young artist, perhaps not yet represented but whom they think has potential, to be hung alongside their contemporaries in one of the public spaces,” says Keldoulis.

Presenting tradition closer to home, the APY Art Centre Collective Gallery makes its hotly anticipated debut at Sydney Contemporary just 18 months after the gallery set up shop in Sydney, and four months after the opening of a second inner-city outpost in Adelaide. One of 16 galleries debuting at the fair this year, the Indigenous-owned collective will present works from leading art centres Iwantja Arts,Tjala Arts and Mimili Maku Arts. Highlights include the exquisite dot- work of Betty Chimney, Anita Pumani’s vivid and expansive colours and the joy and fluency of Sharon Adamson’s brushwork.

Equally fresh to the Sydney gallery scene, Jerico Contemporary of Woolloomooloo returns to the fair for the second time as part of the FUTURE section and brings painter Jamie Preisz. The young painter’s remarkable technical prowess belies his shaggy, rock- star fashion aesthetic and garnered him the 2018 Archibald Packing Room Prize for his portrait of Jimmy Barnes. Off the back of  a show in June, the booth will be a tightly curated selection of oil-on-canvas works which continue the artist’s latest focus on unexpected found objects and light playing across strange, shiny surfaces. Though distinctly contemporary, each work references 17thcentury Dutch and Flemish still life painting and achieves a mesmerising luminescence.

Though a walk through the many temporary booths will never replace a gallery visit, it’s certainly an efficient way to check the pulse of the nation’s art scene. On what’s new, Keldoulis says the galleries take care of ‘newness’ by virtue of bringing different ways of seeing and varied artists year on year. Of the work the fair does to keep ahead of the curve, the Director speaks to the variety of exhibitors. “We will continue to work hard to make the Sydney Contemporary experience unique and all-enveloping, not only for our interstate and international visitors but also for our expanding local audience, by continuing to be a whole- of-scene fair, with exhibitors from Artist Run Initiatives through young galleries to the ‘blue- chip’, and to expand people’s understanding of what contemporary art can mean through, for example, our programs of installation and performance art.”