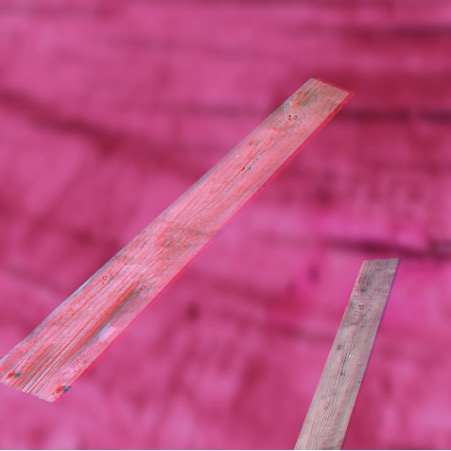 Shows to see in Sydney this September

In her inaugural showing at Jerico Contemporary, Holly Rhodes’ painted figures inhabit heavenly worlds that are luscious and freewheeling. Across a suite of oil on canvas works, nude women bathe, drink wine and drape themselves around swimming pools within the confines of an expansive walled garden. Just, you know, living their best life.

Appearing both idealized and naturalistic, the figures have an easy and sensuous command of their physical bodies. With their long elegant waists, wide-set eyes and elastic limbs they stretch and slow dance across the gallery space unencumbered by the male gaze. In harmony with the occupants, the landscapes are made up of curving hills and rippling greens, evoking a gentle utopia.

In October 1969, American artists Christo and Jeanne-Claude wrapped every rock, crevice and cliff along 2.4 kilometres of Sydney’s Little Bay with one million square feet of fabric. The artwork, Wrapped Coast, took 17,000 hours and 110 workers to create and was the first of many ground-breaking installations staged by Kaldor Public Art Projects.

This month, the art initiative celebrates 50 years with a landmark exhibition at Art Gallery of NSW. After 18 months of scouring the archives, celebrated UK artist Micheal Landy has spearheaded the show which will bring artworks, archival materials and reconstructions of projects into the AGNSW interiors. From Jeff Koons’ 2.4 meter tall terrier, Puppy, which was covered in 60,000 flowers and sat outside the MCA in 1995, to Jonathan Jones’ 2016 barrangal dyara (skin and bones) comprising thousands of bleached shields scattered across Sydney’s Royal Botanic Garden, the ambitious exhibition recreates some of Australia’s most epic art moments.

The Space Into Bicheno II

So photorealistic are Julian Meagher’s inky seascapes, you can almost taste the salt and imagine oceans spilling beyond the canvas. Following the birth of his first son, the artist began reflecting on the natural cycle of things and was drawn to depict the tidal patterns and the moon that guides them. The results will be presented as part of The Space into Bicheno II, an exhibition opening at Olsen Gallery staged immediately after the artists showing at Sydney Contemporary with the gallery.

Years ago Meagher took time out from his medical degree to undertake a classical education in portrait painting at Charles H Cecil Studios in Florence. He has since gained a reputation for his remarkably precise still life studies. For this exhibition, the artist broadens his gaze to the horizon and paints from memory to present a more intuitive and emotive style that evokes the ebb and flow of life.

Why choose between Melbourne or Sydney when you can occupy both? Unlike many of their Victorian peers, Melbourne-based gallery STATION is staying on after they’ve packed up their Sydney Contemporary presentation. As the fair kicks off in Carriageworks on September 11, the gallery will throw open the doors to a new Kings Cross outpost and reveal a luscious new show Pleasure Plants.

The group exhibition marks the arrival to warmer, more tropical climes and delves into botany and eroticism with the work of nine artists. In 1773, Carl Linneaus classified the world’s organisms according, in part, to their means of reproduction. By recognising that plants reproduce sexually, the botanist offered a scientific rationale for the long-running connection between eroticism and the plant kingdom. Between the tangled humanoid vines of Adam Lee’s Genealogy and Andre Piguet’s jade-green resin tablet cracked open by the veins of a sapling, the exhibition brings a new pulse to the arts ecosystem of Kings Cross.

Another arts institution that doesn’t need to choose between Australia’s cultural capitals, Spring 1883 takes turns between Melbourne and Sydney year on year. A respite from the bright lights and uniform booths of Sydney Contemporary, 26 galleries from Australia and beyond will occupy rooms at The Establishment Hotel from 11-14 September. With works propped up against pillows, laid across bed covers or placed in sinks, the curious and inspired curation of each space invites unexpected encounters with the artworks.

Head to the hotel gym for art instead of a workout to experience an all-encompassing installation for this year’s Project Space. Staged by Fires, Sydney, the site features the work of artists Uri Auerbach, Kate Beckingham, Nicholas Dorey, Kate Meakin and Conor O’Shea who use a space designed for self-improvement to explore the tension between self-perception and being, meaning and change.

Among Sydney’s leading artist-run spaces, AIRSpace Projects in Marrickville consistently punches above its weight and this month’s exhibitions are no exception. For Faux Pax, curator Lisa Patroni, celebrates failures and mistakes as events that give rise to unanswered questions and unexpected, revelatory surprises.

Among the works of nine artists, you’ll see the alchemic sculptural forms of leading Australian artist Hany Armanious and the luscious printmaking of Kirtika Kain who recently presented a solo at Roslyn Oxley9, Paddington. Though art projects regularly fail, the announcement of mistakes or failures is rare and Faux Pas succeeds in highlighting the importance of trial and error.