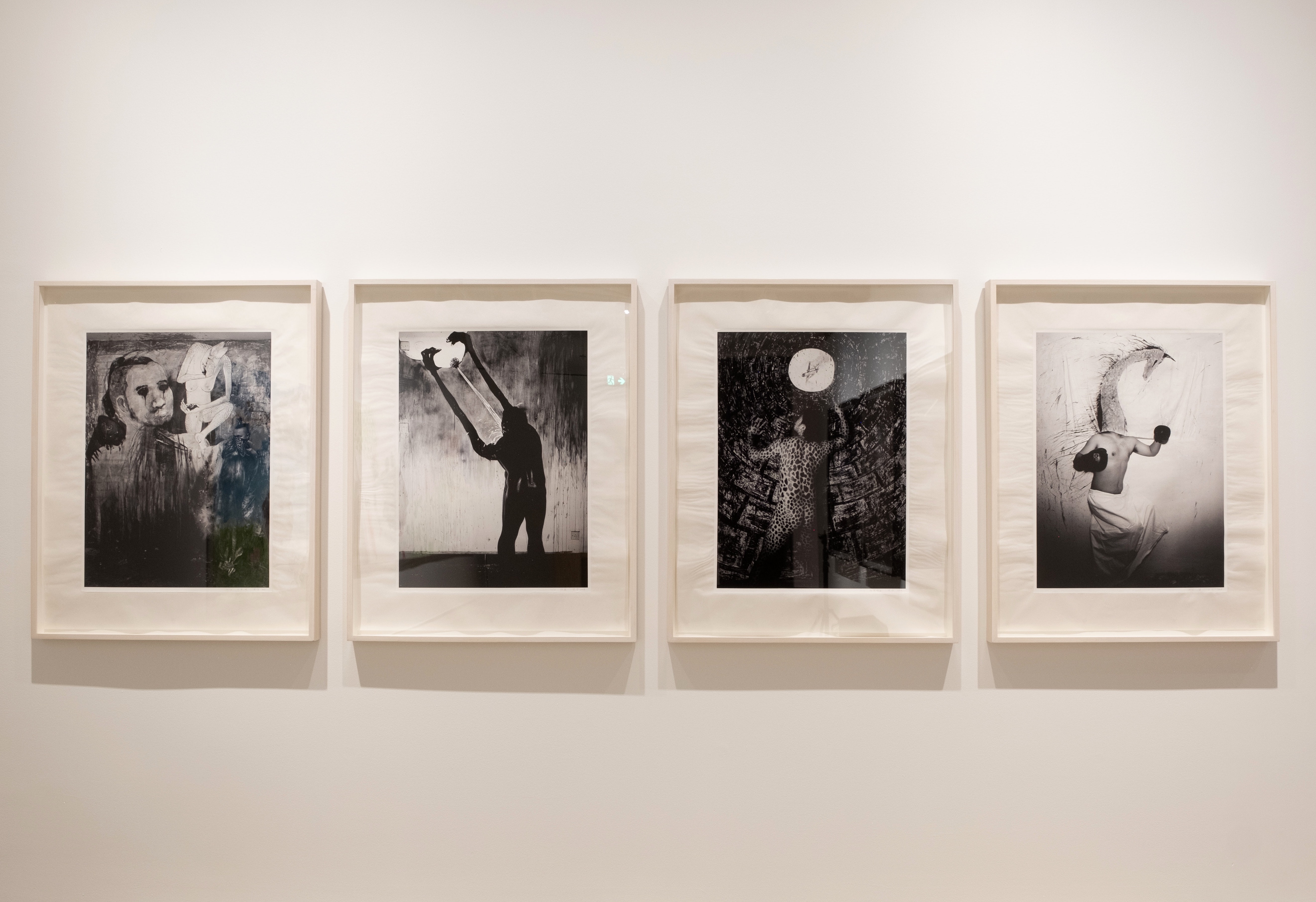 You may have seen his giant hanging installation at Sydney Contemporary (or on Instagram via your mates who attended). Gregory Hodge’s lavish swirls of paint on aluminium cut-outs were suspended among bustling gallery booths at the art fair, and definitely caused a stir. This month Zetland gallery Sullivan+Strumpf will come alive with Hodge’s illusory large-scale pieces that are part-sculpture, part-painting.

And to pair with works that seem to ebb and flow before your eyes, Baden Pailthorpe’s hyper-real animations, video and sculpture engage with power, politics and the cultures of late capitalism in a simultaneous show at Sullivan+Strumpf called Asset Pack.

Rabbits generally have a lifespan of seven – 10 years, but it’s safe to say White Rabbit Gallery will last a great deal longer. The gallery is celebrating a decade since opening with a throwback to their very first exhibitions in 2009 and 2010.

THEN captures the excitement and delight of their founder and director, Judith Neilson on her first few visits to artist studios in Shanghai and Beijing. There is a giant blob like creature, dissected to reveal a treasure trove of jewellery and cosmetics by Chen Fei, a porcelain red car with a giant 11-metre tongue by Chen Wenling, and a flashing pair of enormous pink underpants. The exhibition is weird and wonderful enough to rival the likes of MONA (but you won’t have to catch a plane to get there).

Did you know there are still some who believe that the whole scientifically-proven, kind of blatantly obvious “earth-is-round” thing is a big conspiracy?

The Flat Earth Society was founded in the 50s and has gained momentum recently in the age of the internet. Thousands around the world believe that if you sail a ship far enough across the horizon you could fall into eternity and that pictures of a round Earth are scientists playing tricks on us. The latest exhibition at Cement Fondu riffs on how today’s technology bends and folds the truth but has also expanded possibilities of painting. Featuring artists Jonny Niesche, Rochelle Haley, Michael Staniak and Rachael Mipantjiti Lionel, the show will open on the 12th October with DJ’s, live performances and refreshments courtesy of Young Henry’s. We’ll see you there.

Fashion week paparazzi are more interested in capturing the sidewalks than the catwalks with good reason. New York’s pavement, in particular, has become known as the apex of street fashion. Photographer, fashion designer and illustrator Michael Stiegler has committed the many faces, flairs and graces he saw stalking the streets of NYC to a collection of painting, illustrations and mixed media. Just like the city itself, the works in his latest Byron Bay show On Bowery at Lone Goat Gallery possess frenetic, magnetic energy and present a gritty portrait of a place the artist once called home.

Variety is the spice of the latest exhibition at Chrissie Cotter Gallery. The show, Fourteen, is named after the number of emerging artists who will presents their ceramics, drawing, painting, printmaking, and multimedia artworks this month at the Camperdown space. Among them is Cameron Stead, winner of the 2017 Kilgour Prize, well-known Sydney talent Allessandra Joseph and Insta-famous Neva Hosking. With most works prices under 1K and all under $5,000 the exhibition promises to draw emerging and savvy collectors alike.

These Walls Could Talk

It’s a big moment when men share intimate details of their internal struggles, but The Big Anxiety Festival is full of these kinds of moments. Initiated by UNSW, Australia’s largest mental health festival is on now with a range of exhibitions and activations across the city until Saturday 9 November. Head to St Leonards to see how artist Cameron Cripps-Kennedy has joined forces with renowned Aussie poet Omas Sakr and the kids at Bradfield College to create These Walls Could Talk. The large-scale installation brings important conversations about mental health to the fore and invites the public to get involved.